Wales is famous for its green fields dotted with white sheep and it’s these adorable fluffy creatures that have provided Welsh folk with clothing and a woollen industry for centuries.

Official records don’t go back in time far enough to document when the Welsh first started producing wool, but it is thought that sheep were first brought to the Principality by Romans. Sheep provided Wales with a major source of income from the 13th Century onwards when there was domestic carding, spinning, and cloth weaving or knitting. 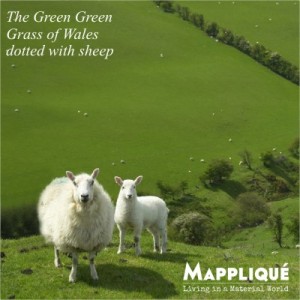 Wales had strong trade with England, supplying woollen yarn and cloth through the 15th Century, and by the 16th Century, Welsh wool was exported to Europe and saw town guilds formed around the growing industry. 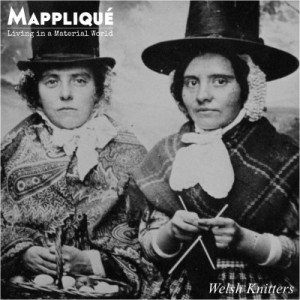 There are still some Welsh factories that survive to this day producing their own ranges of luxurious woollen items, such as blankets and rugs, and the yarn from Welsh Mountain sheep is highly praised by knitters and crafters.

It’s estimated that there are over 11 million sheep across Wales today, dotting the verdant landscape and continuing the important cultural significance of wool in Wales.

Wool is a sustainable and naturally renewable fibre (the wool fleece regrows annually) with ideal qualities for keeping comfortably warm (insulating, cosy, breathable, washable) so it’s no wonder that wool will always be popular for clothing and home textiles.

Choosing knitted wool to represent Wales in the fabric map of the British Isles was the natural choice. Wales is famous for it’s rolling valleys and fields dotted with flocks of adorable fluffy sheep so it’s only natural that the principality is represented with knitted ivory wool.